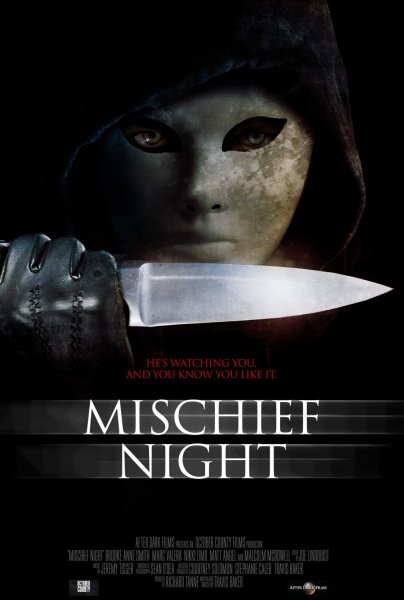 On Mischief Night, the night before Halloween, when youths roam the midnight streets looking to smash pumpkins and wreak all sorts of neighborhood havoc, a beautiful, innocent teenage babysitter finds herself being stalked my a knife-wielding, masked maniac. But on Mischief Night, appearances can be deceiving, and the tried-and-true slasher formula perfected by John Carpenter's 1978 classic Halloween gets turned on its head when the innocent girl turns out to not be so innocent after all, the masked maniac ends up having more on his mind than just murder, and the two archetypal horror-film-foes strike up a twisted romance over the course of one long, bloody, and revealing night.