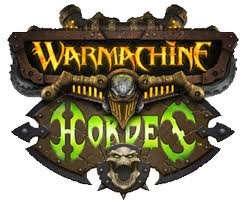 Warmachine is a tabletop steampunk wargame produced by Privateer Press. The game is played with white metal and plastic miniatures manufactured by Privateer Press representing military characters from the Iron Kingdoms setting. Battles are fought between warcasters from rival nations, the large steam-powered warjacks that the warcasters control, and troops consisting of humans and fantasy races. Hordes is played very similar to Warmachine but promotes offensive play. Defensive play is possible, but the spirit of the game encourages "testosterone-laden aggression". Play is centered on Warlocks and their attendant Warbeasts, who may be supported by units and solos. Warbeasts generate fury(an equivalent to focus which is allocated or not at the start of your turn), which can be controlled by Warlocks and used to fuel their spells, but if left unchecked can cause the beasts to go into an uncontrolled frenzy, potentially even attacking their allies or controlling warlock.