Hunt For The Skinwalker (by Extraordinary Beliefs) 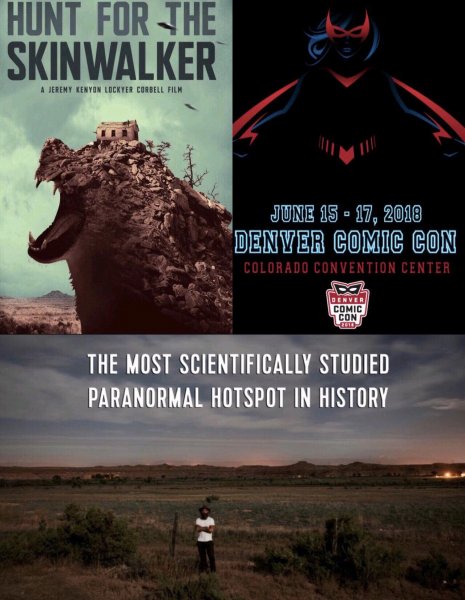 Documentary filmmaker Jeremy Kenyon Lockyer Corbell brings you an exclusive look at his next film Hunt For The Skinwalker - the most intensive scientific study of a paranormal hotspot in human history. For hundreds of years Skinwalker Ranch has had a myriad of frightening, seemingly paranormal events reported in the basin surrounding the ranch, including orbs, UFOs, animal mutations, unknown creatures, ghosts, and many other inexplicable events. Shrouded in mystery, an exhaustive multidisciplinary scientific study was initiated by enigmatic aerospace mogul, Robert Bigelow. A second study by the Defense Intelligence Agency was also funded. Secrets have been kept, until now. The story of Skinwalker Ranch cannot be missed. Part of the Paranormal Series only at Denver Comic Con.