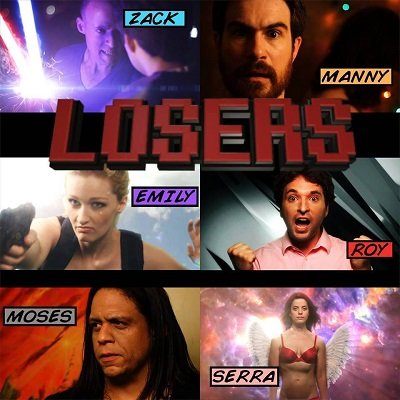 A Super Geek Film Festival screening. Filmmakers in Attendance! Pop culture addicts Zack and Manny attend an engagement party where groom-to-be Roy, a former uber-geek has turned 'normal' in an effort to pursue a happy future with beautiful vegan baker, Emily. Manny panics when he learns that at a vegan party there's no meat, eggs or dairy. He falls into a delirium leading to near-death where he meets his guardian angel, Serra. Zack is given some sage advice from ganja guru, Moses, and decided that he must save Roy from himself. In the end, Roy realized that it's best to let your 'geek' flag fly. Flash forward to the wedding day... zombies disrupt the festivities.