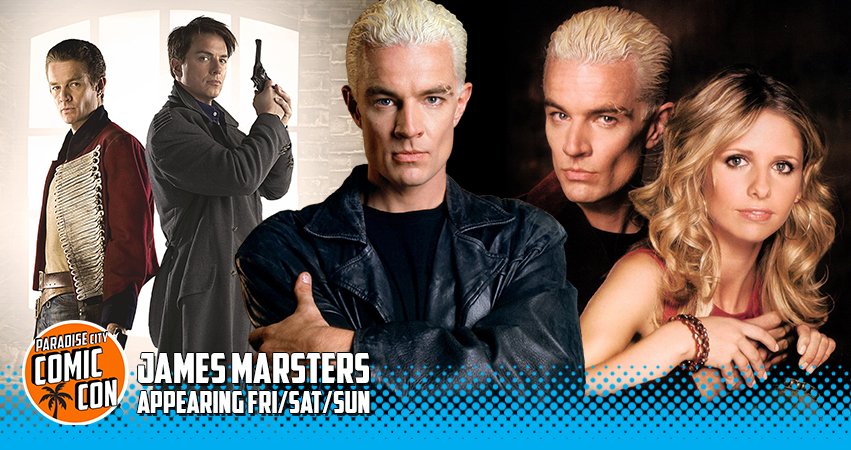 James Marsters is best known for his roles as Spike in “Buffy the Vampire” and “Angel”, Brainiac in the Superman-inspired “Smallville”, and as Captain John Hart in the Doctor Who spin-off series “Torchwood”. Some of his other roles include Barnabas Greeley in Syfy’s “Caprica”, Piccolo Daimao in the live action film “Dragonball Evolution”, Buzz Aldrin in “Moonshoot”, John McCarthy in “P.S I Love You”, Victor Hesse in “Hawaii Five-0,” and the voice of Lex Luthor in “Superman: Doomsday.”