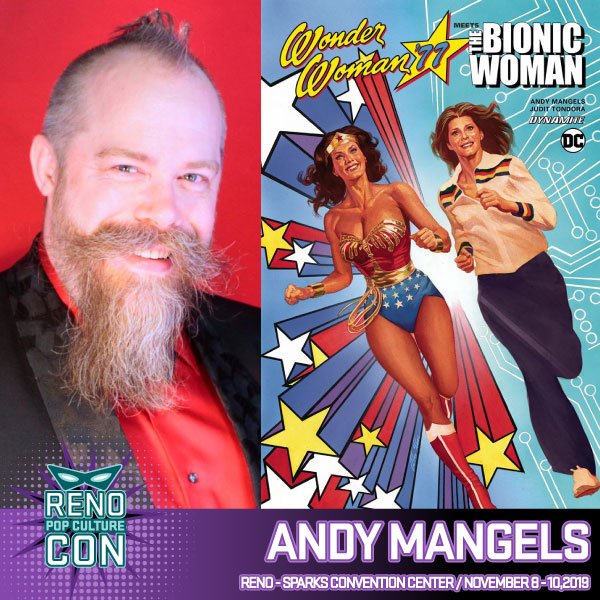 Most comics concern that company's character or team, but unusual team-ups have always been a fun exception. Some companies have licensing agreements with TV or movie properties and choose to team them with their hottest-selling characters, and that's what our all-star cast of guest panelists specialize in, such as Freddie Williams II (Batman/Teenage Mutant Ninja Turtles), Andy Mangels (Wonder Woman '77 meets the Bionic Woman), Dan Parent (Archie meets Batman '66) and Cat Staggs (Batman '66 Meets Steed and Mrs. Peel). That's not nearly all they've worked on - but it just may be the most unusual comics; what's it like to be a comic creator mashing-up multiple characters and sub-genres?