1950s Artist Vic Carrabotta: Wertham Kicked Me Out of Comics 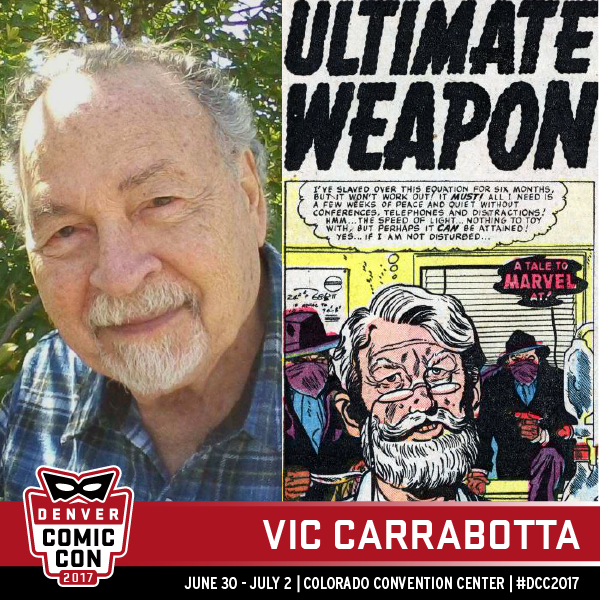 Your chance to honor a man who was working with the greats of comics before most of us were born! Vic Carrabotta is a comic creator who will be celebrating his 88th birthday right before DCC, but 65 years ago, "Quick Vic" was working for Marvel Comics’ 1950s forerunner, Timely Comics, on stories in the first issues of comics like Journey Into Mystery, Strange Tales, Atomic Attack! and Two-Gun Kid. Vic remained there until Dr. Wertham and Congressional investigations almost shuttered Timely/Marvel and saw many creators thrown out of work. Vic has created a character named Starlady and will be revealing some of that new comic in the panel and at his DCC booth. Starlady is a black female heroine whose methods for tackling evil are the complete opposite of the violence prevalent in the genre. Instead of a blade or a gun, her weapon of choice is love.