It’s Christmas Eve morning 1994. Ray LaPine and his loquacious, liquored-up salesman Pinky Steuben are trying to make it through the biggest shopping day of the year, again. Two decades ago, their camera store was a thriving neighborhood business. Today, Bibideaux Photographic has withered into a sad relic of a bygone era. The two men now find themselves trapped while merely keeping the store alive for their wealthy, amoral, and absent boss, Mr. Bibideaux. But there is something different about today. With the arrival of an old friend, Ray gets word of a big change coming to the business he thought he knew so well. Ray must act immediately to save himself from the sinking ship before he loses the little chance he has for a better life. Imprisoned by complacency and denial, these once ambitious, intelligent, and skilled men have de-evolved along with their dead-end jobs and dilapidated store into equal parts comedy, tragedy and futility. 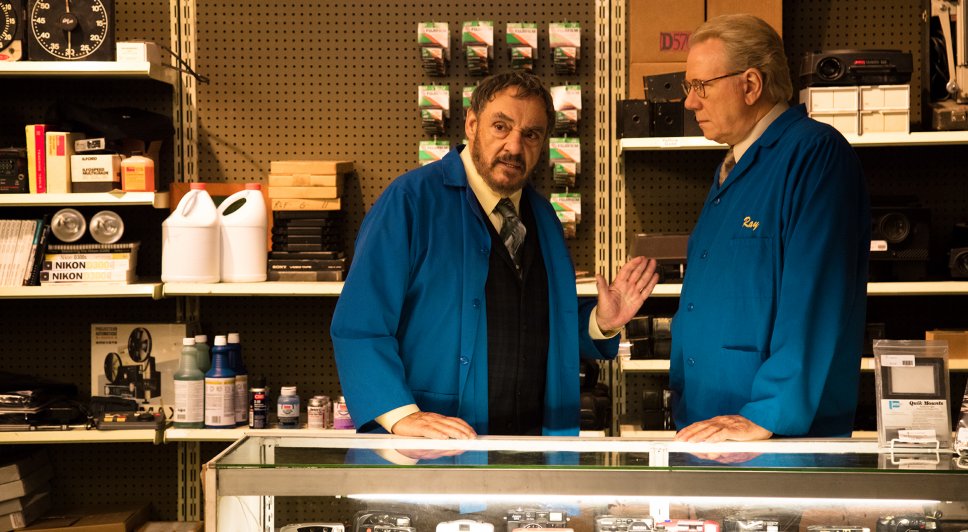